Welcome to NoroGard – With more than 50 years of experience in sophisticated seed treatment.

NoroGard is built on reliability, innovation and strong relations

NoroGard was founded in 1965 by the small village blacksmith. Back then it was all about manufacturing the batch seed treater that the customer was requesting, with efficient use of materials and precise dosing and loading rates. Today, NoroGard manufacture customer tailored seed treaters, with efficient use of materials, accurate dosing and loading rates, and an extensive track record of seed treaters lasting for over 20 years. On other words, our core values are the same now as they were 55 years ago.

Our history goes all the way back to 1965. Since then we’ve accomplished a lot, and been a large influence in modern seed treatment.

All NoroGard seed treaters are built in-house and by our own design and innovation. This includes our dosing systems, too.

”Once up on a time” a man called Jim Elsworth took the principle from a little demonstration unit, about 150mm dia, to the full size working machine. That little demo unit was brought to ICI Agrochemicals around 1970 by two men. One was the actual inventor, Ray Milik. He had come across that principle while consulting for a metal stamping company who wanted to find a quicker way of deburring the pressings. (Little sharp corners that can be dangerous during handling.) The old way was to put a few bucket fulls of them into a cement mixer with some carborundum paste and churn them for – I think it was a few days. Ray’s machine did it in a matter of minutes. The metal pressing company gave Ray the rights to any other use he could find for the principle and he (Ray) teamed up with a commercially minded guy called Trevor Evans. They came to ICI with their little demo machine and Jim Elsworth tried to apply a liquid treatment to a small quantity of seed but the distribution was hopeless. Never-the-less it did put on powder treatments effectively. 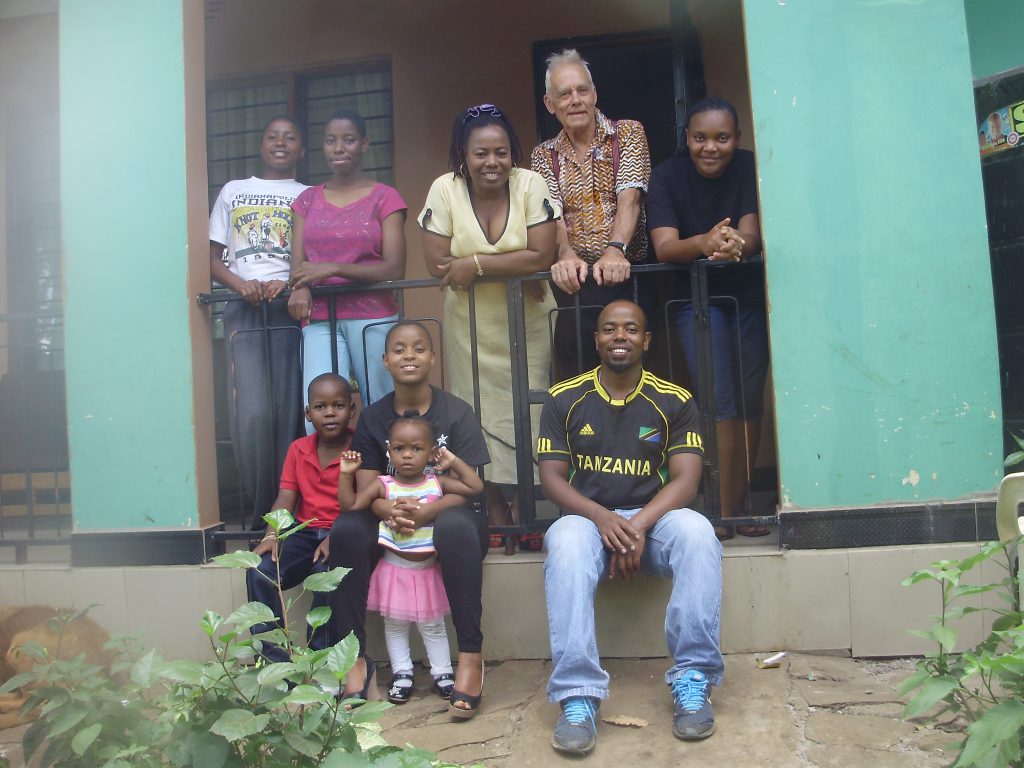 Jim and his team decided to take an option on the principle so they could do further testing. In that time they developed the spinning disc idea for gradual application of liquid to the seed as it falls in the inside of the torus. Jim remembers their test bed and they did the first test. After treatment they stopped the rotor and the seed settled on the rotor – looking perfectly evenly treated. When they moved the surface seeds away and found a layer of completely untreated seed underneath – then towards the rotor surface, again perfectly treated seed. So they realized that the seed on the outside of the torus was circulating nicely but the seed in the core was staying in the core and not getting any treatment. That gave rise to the spoilers that disrupt that even flow and keep pulling the core seed to the inside. Another challenge was to make a seal between rotor and rotor housing. The peripheral speed of the rotor is quite high – too high for normal shaft seals. The only successful experiment was to blow air through the gap and to keep the gap as small as practicable. Again, that technology has served us all well ever since.

Control systems were another challenge. There were no p.l.c.s or other electronic systems in those days. Jim built the first control systems using pneumatic valves as logic gates. That worked OK for a while but the air quality was a problem. Most seed plants did not have a compressed air system in those days and they supplied ‘Rotostat’ machines complete with a rotary compressor and a large cooling tube with fins on it, then a water separator, and then fed the air into the machine via another filter, regulator and lubricator – the valves needed lubrication at that time. Finally p.l.c.s started coming and Jim jumped on them as the real answer to the problems we had wrestled with for more than a decade.

It was Jim´s privilege to announce the ‘Rotostat’ to the world of agrochemicals at the annual Brighton Conference hosted by BCPC. (British Crop Protection Council). It would have been early/mid 70s.

When Jim took early retirement from ICI in 1992, he set up his own company making seed treaters, including one sold via NoroGard to Dalgety in Poland. It was sometimes difficult being such a small company when pitted against bigger companies like Heid, Jim says. Customers don’t feel secure with a one man band. Jim was given the position of Chief Technical Advisor for a UN project on seed treatment in E Africa which introduced him to the region and also to the bureaucratic systems of the UN which mitigate strongly against success in any project. Jim saw opportunities in E Africa to do something in the way of technological innovation for poverty alleviation (provided the UN bureaucracy could be avoided) and was increasingly drawn to stay there and try to do something useful. Hence Jim Elsworth made the deal and sold his company to NoroGard, which was a great success from both sides. As things have turned out, the NGO Jim Elsworth registered has become a part of a global network of innovators.

“I could not have dreamed of that development. The network continues to grow, although it is still hard to point the finger at anything that any of us have developed that has made a big contribution to the people at the bottom of the pyramid, we keep trying.” Jim says.

Taking over the development of the “Rotostats” from Jim has been a great development for NoroGard and we are still making progress. Contact us to learn more about the special features of NoroGard Batch Seed Treaters of today!

Since the beginning, NoroGard has always been the brain behind all of our innovations. And that is a large part of what makes us special. Our dosing systems are of own design and are thereby also designed to endure the work capacities needed, season after season. Furthermore, our seed treaters are customer tailored and thereby serves the needs of our customers through time. This is an essential corner stone in our organisation.

Everything with a NoroGard design, is built with the customer in mind

NoroGard seed treaters are built to last for 20 years. But that’s not all. We are a Scandinavian company, so we’ve made our equipment adapted to cold, as well as hot weather so that dosing are not affected by temperature. All treaters can be delivered with the preferred language in control panel as well as operator manual. All treaters are designed with operator health and safety precautions and closed systems. We use membrane pumps only, and they are developed and manufactured by NoroGard to endure the tough conditions under which they operate. It is in our outmost interest to minimise your downtime. Options are also available to create a customer-focused purchase. Everything with a NoroGard design, is built with the customer in mind.

It would be shortsighted not to take our responsibility seriously

Our seed treaters are built to require minimal power, for financial as well as environmental reasons. This is also a great benefit in terms of mobile seed treatment.
And in the same manner, the full NoroGard manufacturing facility is equipped with locally produced LED lighting for a healthy and sustainable work environment.

NoroGard build’s all seed treaters with closed systems and a sophisticated safety control which eliminates the risks of personal harm to operators during operation, maintenance and cleaning. If a hatch is opened during operation, the treater will shut down and restart once the hatches are once again properly closed. All NoroGard products are covered by the European CE Certification for Worker Safety.

Due to closed systems and accurate dosing- and loading rates where no surplus water is being used. Seed treatment with NoroGard equipment leave no contaminated water to be wasted into the environment and sanitation system.

Efficient Use of Materials

During the manufacturing process we always ensure to maintain an efficient use of raw materials, to minimise waste and to reuse as much as possible. Furthermore, NoroGard Seed Treaters are built with little moving parts and simple design, once again to ensure efficient use of materials. 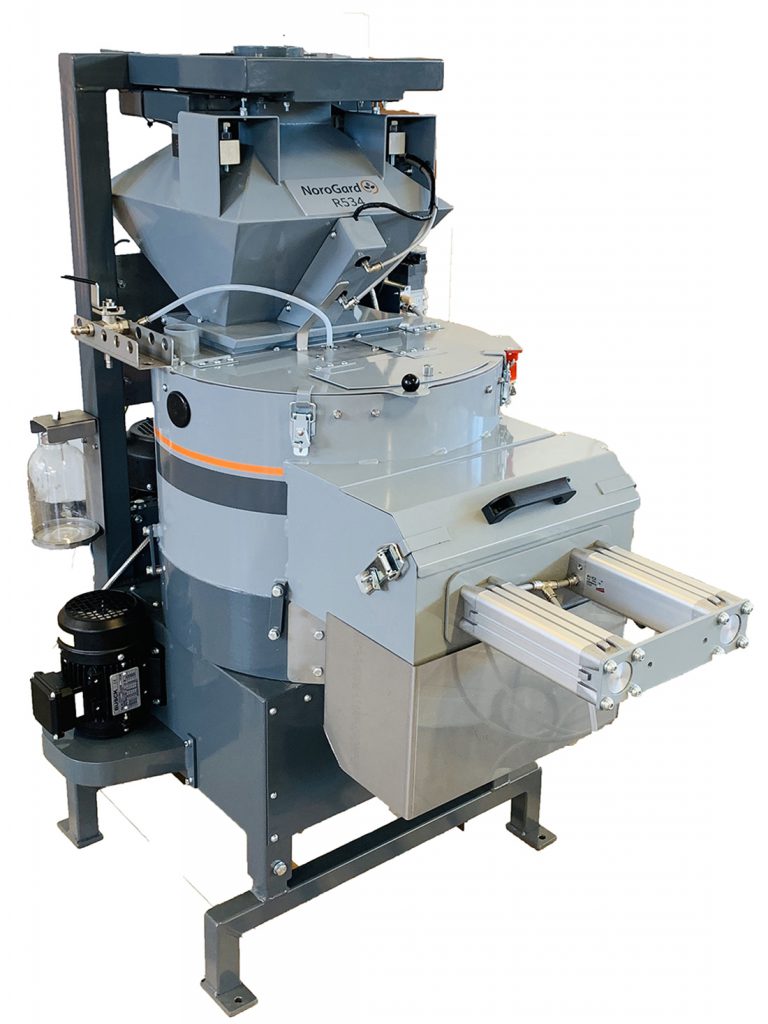 The United Nations have launched 17 Goals for Sustainable Development to be achieved by 2030. To us, its a natural part to include sustainability policies and practices into our everyday organisation. Therefore we also want to encourage others within the agricultural industry to take the steps and precautions that they see fit for their specific organisation. Read the articles that can be found here, to learn more about our work in this area.

Read More About Our Sustainability work

Any cookies that may not be particularly necessary for the website to function and is used specifically to collect user personal data via analytics, ads, other embedded contents are termed as non-necessary cookies. It is mandatory to procure user consent prior to running these cookies on your website.